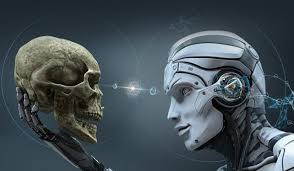 A while ago I mentioned in one of my blogs how AI can replace the HR department and bring more objectivity to the staffing, hiring and other HR processes. But what if, the AI itself introduces a bias? After all, the algorithms are developed by ‘natural intelligence’ and the training and validation data sets are also selected by the humans that AI targets to replace. The challenge with a biased AI algorithm will accentuate the problem it is intended to solve… just as Amazon discovered it a little too late that its AI recruiting tool discriminated against women as it downgraded candidates from all-women’s colleges. It’s now widely know that Amazon scrapped its AI recruiting tool because of this bias in its algorithms.

The industry is eager to jump onto the AI bandwagon. While some will do their due diligence about making sure that bias is removed for their system and continue to tweak their algorithms with each new dataset; a lot of companies will take a leap of faith without first defining governance around AI. The lawyers will have a field day and feast on such companies as biases get uncovered.

Omer Molad of Vervoe writes more about it here.